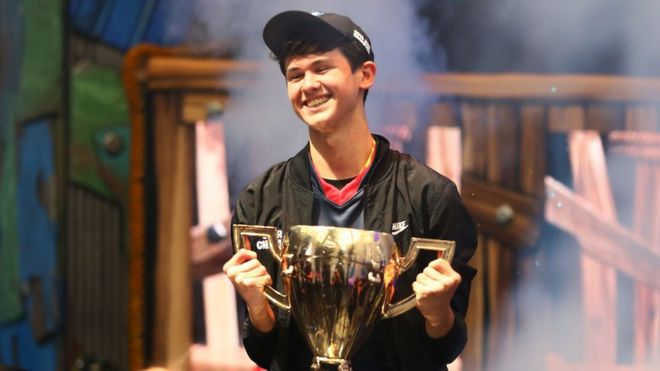 In an unexpected turn of events, newly crowned Fortnite champion Kyle Giersdorf. Also known as “Bugha,” received the shock of a lifetime on Saturday, when Police turned up at his home during a Livestream event.

The 16-year-old was broadcasting globally to his loyal legion of fans when the bizarre incident occurred. Operating via the streaming platform Twitch, Kyle Giersdorf can be heard saying, “I’ve been swatted,” before taking a leave of absence. Once the situation subsided, Kyle Giersdorf returned to the mic. “Well, that’s a new one,” said Bugha. “They came in with guns, bro.”

Swatting is a type of hoax whereby prank callers contact the Police. The objective is to con armed Police into raiding people’s homes. In truth, this act of deception is not harmless and has the potential to deliver fatal consequences to the recipient. In 2017, Andrew Finch tragically fell victim to this practice, when armed Police shot and killed him, dealing with what they thought was a hostage situation. As a result, the man found guilty of the prank was sentenced to 20 years in prison.

Before we continue, for exclusive Fortnite Weapons, Materials, and Fortnite Items, be sure to check us out today.

Police in the district of Upper Pottsgrove Township, Pennsylvania, informed ESPN, they had received a telephone call from an individual, assuming the role of Giersdorf himself. According to the Police report, the fake caller claimed he had taken his mother hostage after killing his father.

Once Police arrived at the property in question, however, they were surprised when the recently declared Fortnite champions Father answered the distress call. Luckily, a member of law enforcement was able to determine Giersdorf as alive and well. And thus, identified via a local of the surrounding area.

After picking up first prize at the Fortnite World Cup, in which he pipped 99 other candidates to the post. And, let’s not forget the high-level of performance throughout his Fortnite run to a packed out 16,000 attendance. It’s safe to say, Giersdorf was thrust into the spotlight immediately. As a result, the teenager became an instantaneous global superstar and overnight millionaire.

I’m just so happy. Everything I’ve done, the grind, it’s all paid off,” Said Bugha, upon explaining his emotions, following victory in New York.

Little did he know that this strange occurrence was just around the corner. Thankfully, everyone left the incident unharmed. But in truth, the situation could have been far worse. Perhaps then, there is a price to pay for instant popularity in the modern day? But no one should have to tolerate this.

What are your thoughts on the matter? We would love to hear from you. So please, post any contributions in the chat box below.

Now, speaking of Fornite, be sure to bolster your arsenal, and buy Fortnite weapons today. Besides, it could be you destined to be the next champion of the world. But if you’re like me, then you enjoy Fortnite as a slice of social fun on the side. You just can’t beat it.